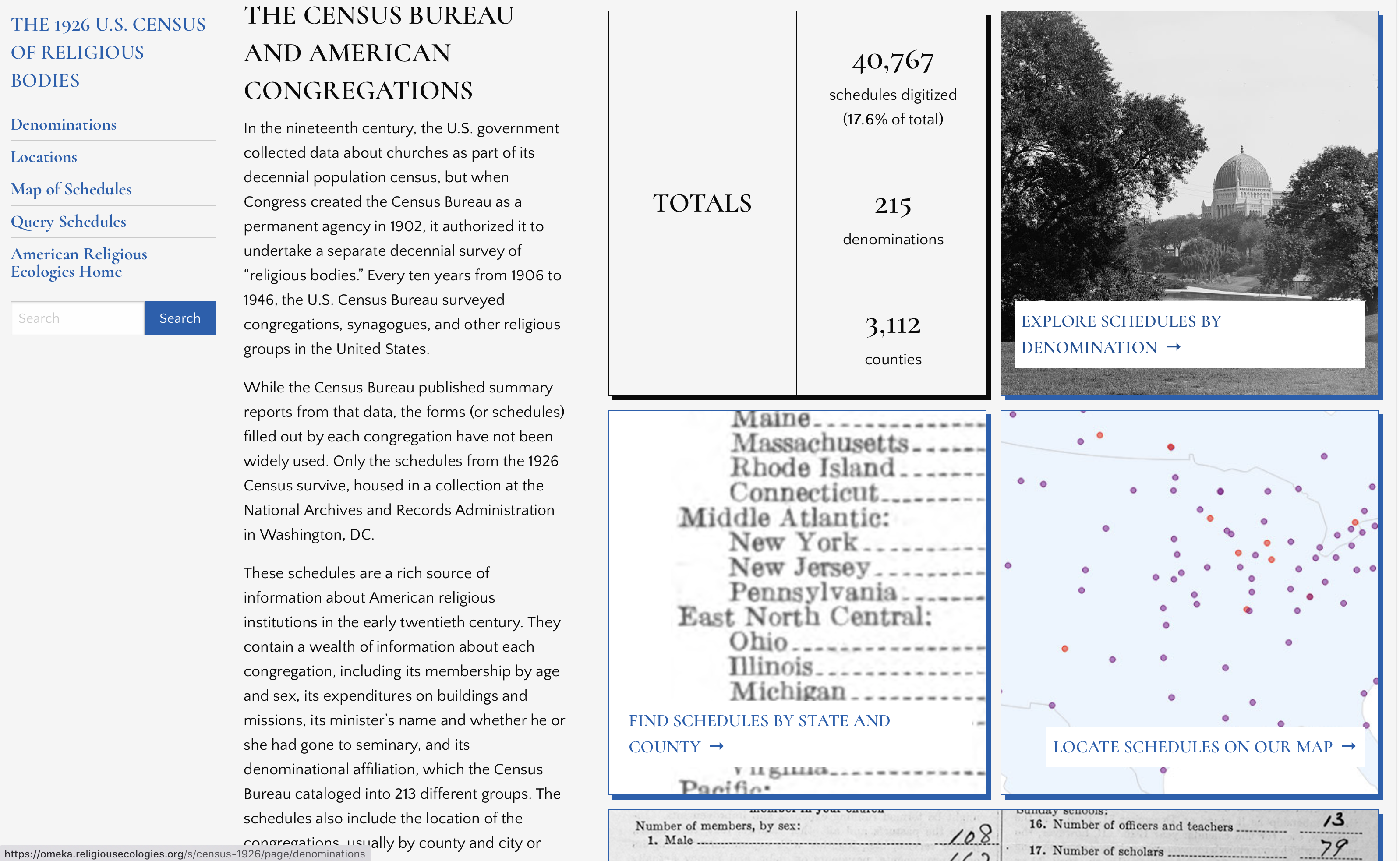 Today the American Religious Ecologies project is releasing the initial version of a website that makes available tens of thousands of documents from the 1926 U.S. Census of Religious Bodies. These schedules, or forms, describe religious congregations from the early twentieth century from a wide range of religious traditions. These documents are freely available to scholars, students, and local historians, who can browse or search for them by location or by religious identification.

For the first half of the twentieth century, the U.S. Census Bureau collected remarkably detailed information about American religious institutions. The Bureau undertook this survey every ten years, from 1906 until 1946. In 1926, the Bureau tabulated 232,154 congregations, including groups such as Roman Catholics, Baptists, the African Methodist Episcopal Church, Jews, and over a dozen relatively new Pentecostal denominations. For each congregation, the Bureau collected a schedule (or form) detailing information such as its membership by sex and age, its buildings and finances, and its location.

The schedules from the other religious bodies censuses have been lost or destroyed. Only the schedules from the 1926 census survive. These schedules are a treasure trove of information, the single richest historical source of data about American congregations. Until today, however, these documents have been available only in an uncatalogued collection housed at the National Archives.

With the aid of a grant from the National Endowment for the Humanities, historians on the American Religious Ecologiesproject have been photographing and cataloging this collection. The initial release of the collection features schedules from over 40,000 congregations across the country. Users can find schedules by religious identification, by state and county, or by browsing them on a map. The project staff will continue to add schedules to the website on a rolling basis, as well as eventually adding transcriptions of the data contained in the schedules. All materials created by the project are either in the public domain or released under an open-access license, and they are thus free for use by scholars, educators and students, and local historians and genealogists.

RRCHNM at the AHA

Connect with RRCHNM at AHA23